Harry Styles’s Big Return: ‘As It Was’ 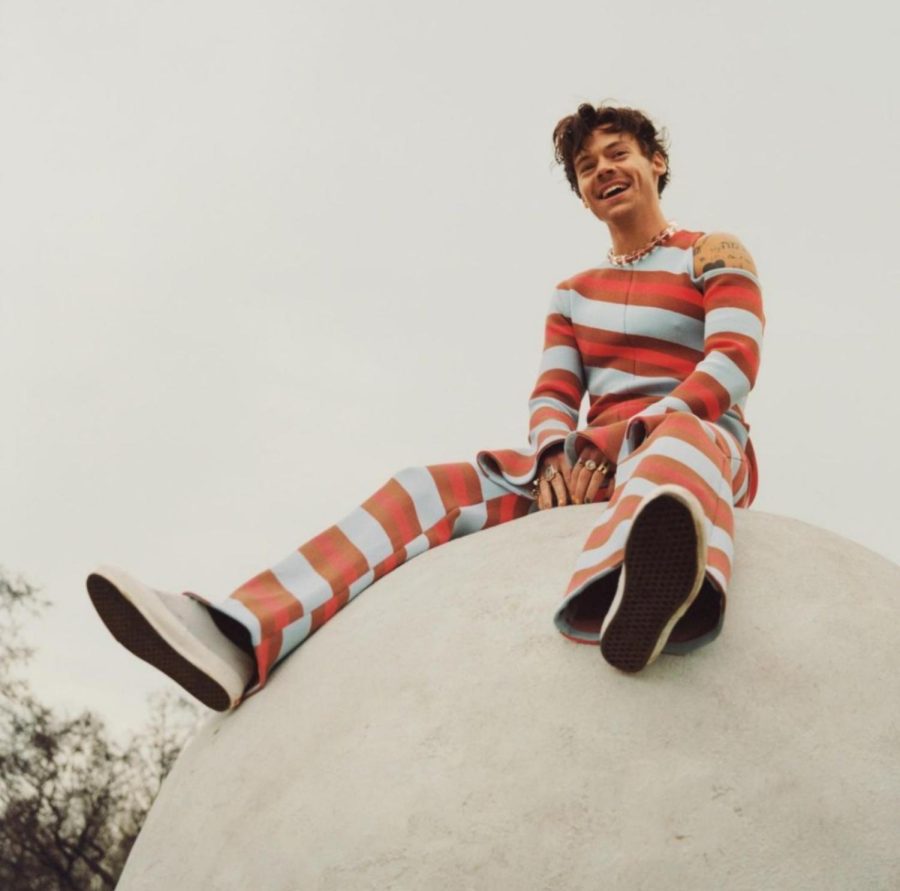 Harry Styles released the lead single for his upcoming album "Harry's House" on April 1 (March 31 in the US).

Harry Styles released “As It Was,” the lead single of his upcoming album “Harry’s House,” on Mar. 31. A&E Editors Aila MonLouis and Katya Roudakov sat down to discuss what it can mean for the album.

Katya Roudakov: Following Styles’s announcement of “Harry’s House” and the surfacing of the cryptic Instagram account “@youarehome,” I, along with thousands of other fans, was thrilled to learn that “As it Was” would be released on Apr. 1. I loved it.

Aila MonLouis: Since it’s been so long since the 2019 release of his second album, “Fine Line,” I felt as though this wasn’t the strongest comeback. Especially as it was his lead single, it fell short for me.

KR: It has been a long time since we’ve gotten new music from him, and the expectations were certainly high. “As it Was” is a shift in his sound, but for me, it’s a welcome one, and I enjoyed it a lot. An upbeat song isn’t anything new, but the instrumental and even just his tone of voice while singing were enough to set it apart.

AM: It reminded me of the indie-pop genre which doesn’t fit in with his past songs. I feel as though TikTok has ruined that genre for me because of it being overplayed during the summer of 2019.

KR: Indie is not for everyone, but I enjoy it a lot, so I loved “As It Was.” The bridge was especially “indie” and unique. It sounded very different from both his older music and most music that’s around right now. I hope that the rest of the songs on “Harry’s House” are just as distinct.

AM: I agree, although I don’t particularly like that genre it’s fun to hear something different other than the over-saturated pop genre. Although I’m not in favor of this genre, Styles’s vocals will never get old and with his singing career of over a decade, this fluidity in his music shows his perpetual hold in the music industry.

KR: He has a hold on the music industry. “As It Was” broke the record for most streams in a single day on Spotify, with 8.3 million, and is now the most-streamed song in a single day in Spotify history. People are liking this new sound. He also hasn’t released music in a long time, so obsessive and casual fans alike have been eager to hear anything new.

AM: Similar to the idea shared in Outkast’s song, “Hey Ya!,” although it follows amazing vocals and an upbeat tune, the lyrics say otherwise. The lyrics, “Harry, you’re no good alone / Why are you sitting at home on the floor? / What kind of pills are you on?” followed by a lively melody? I mean what does this mean for the album and Harry as a whole?

KR: There are certainly some troubling lyrics, and many of the others are so cryptic that it’s hard to understand the deeper meaning behind them. There seem to be a few shoutouts to lyrics from his older songs, like this line in the bridge: “I don’t want to talk about the way that it was,” which seems to reference “Meet Me In The Hallway” and “Sign of the Times,” both of which have similar themes of not discussing difficult topics.

AM: There have been times in which he has created an atmosphere of uncomfortable topics he doesn’t want to talk about and they have been mystifying. Another point in the song which was puzzling was the little girl’s voice saying “Come on Harry, we want to say good night to you!” at the beginning of the song.

KR: Apparently that was his goddaughter, the child of one of his producers. Regardless of exactly who it was, I think the message was pretty clear: Harry didn’t pick up the phone and was isolating himself from those he cared about. Hopefully in “Harry’s House” he’ll let us in.