The Two Sides of a New French Pronoun 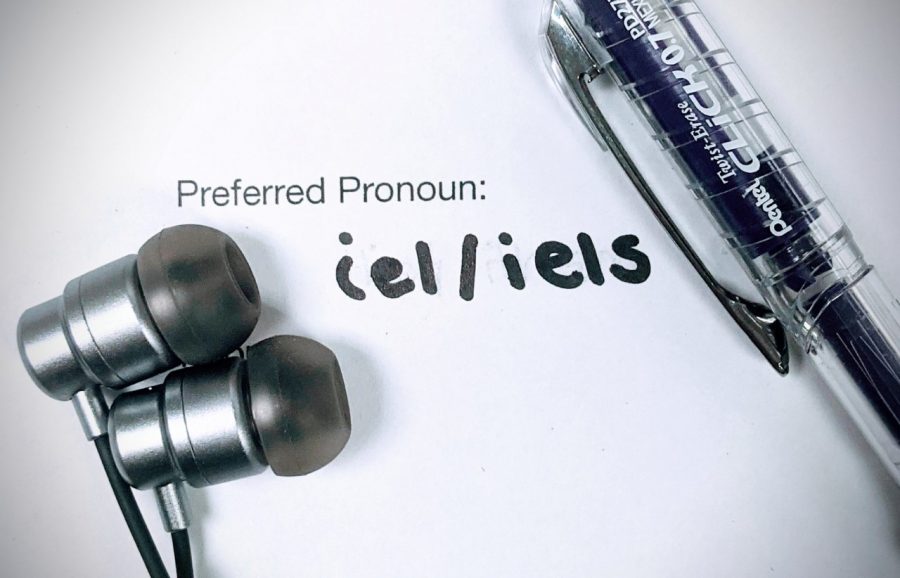 Many students at Creek use they/them/theirs pronouns, and French teachers hope to make a more inclusive environment by using the French equivalent of these gender-neutral pronouns, “iel”, in their classrooms.

The recent decision of a popular French dictionary, Le Petit Robert, to include a new gender non-conforming pronoun has highlighted the controversy around the efforts to make the romantic French language more inclusive. New discussions surrounding the topic vary from positive to negative, with French politicians fighting it and some supporting it, even Creek’s teachers.

“I believe the discussion is essential as language is fluid, and our personal identity is vital to each of us,” French teacher Susan Bowditch said. “It matters that we are genuinely open to this discussion and that we listen carefully and thoughtfully.”

Le Petit Robert, a well-known dictionary (otherwise called the Petit Robert), was founded by Paul Robert in 1967. The dictionary has since published four editions and is used widely over francophone countries. “Iel”, the new pronoun that was published, is a gender-neutral merging of the feminine “elle”  and masculine “il” personal pronouns.

The new pronoun has sparked new controversy, especially in French politics. “You must not manipulate the French language, whatever the cause,” French education minister Jean-Michel Blanquer said in a New York Times interview.

Many believe that French is a language that needs to be protected because of its romanticism and refinement. “There are two pronouns: he and she,” France’s first lady, Brigette Macron, said in a New York Times interview. “Our language is beautiful. And two pronouns are appropriate.”

Throughout the arguments in France, teachers at Creek are coming out in support of the new publishing. Some teachers have even been using “iel” in their classes already.

“It’s great that Le Robert is documenting current shifts in the French language,” French teacher Angela Moreen said in an online interview. “Languages are living and ever-evolving, so it’s only natural that some things will change as people and prominent values change from era to era.”

Students at Creek are rallying in support of the new pronoun as well. Many feel that the addition of “iel” helps them feel more comfortable and accepted in a classroom setting.

“I really like that Creek French teachers are including more diversity in the class, it makes me feel really included,” sophomore Jeri Bailey said.

Petit Robert’s publishing has not yet been accepted by the Académie Française (French Academy), and as such is not widely used in French teaching. The Académie Française was founded in 1634 to protect the linguistic purity of the French language, and many believe that without its approval, “iel” will never be fully accepted.

“As [the pronoun is] not yet officially acknowledged, it doesn’t appear in the textbook; however, my students have asked about it more over the last couple [of] years and I am always happy to share anything I know about the most recent developments in this discussion,” Moreen said. “Part of being a language teacher involves continuously revising curriculum to reflect what is current.”

“If someone wants to use that [pronoun] in French, that’s okay with me because it’s what we’re doing in English anyway,” Bowditch said.

According to Moreen, this change could cause a trickle-down effect that would change the French language. “For example, when considering past participle and adjective agreement, the impact of a non-binary pronoun could be quite extensive, so from that perspective, I can understand why the proposed change is overwhelming to some French speakers,” Moreen said.

As the world evolves, the French language is evolving with it, and Creek is ready to move with the changing times. Moreen and Bowditch are rallying behind how important it is to understand that the language is changing, and that it’s time to change with it.

“The world’s changed, people have changed, the generations are changing, and that change is part of the whole process of life,” Bowditch said.