No Longer Avoiding The Discussion: How A Republican Club Wishes To Diversify Creek’s Beliefs 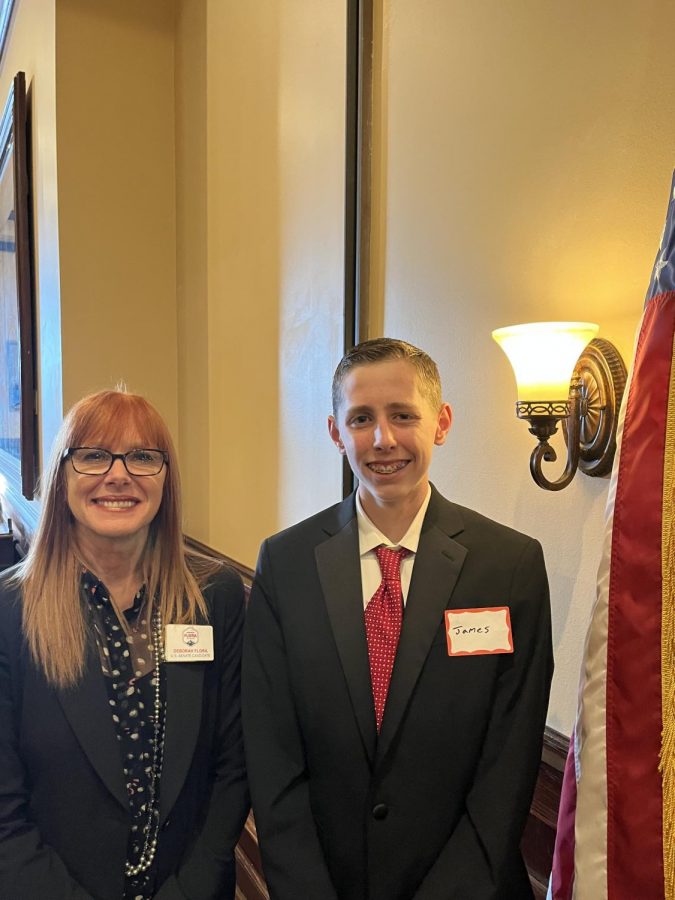 Sophomore James Ruehmann met the United States Senate candidate Deborah Flora at the Arapahoe County Republican Breakfast Club to seek support for creating the Creek Teenage Republicans. “I can’t do this alone,” Ruehmann said. “I will need all the help I can get.” Ruehmann hopes to have several guest speakers at future club meetings.

Politics has never been an encouraged subject of discussion at Creek. However, it seems to be one of the most contributing factors to divisiveness among the student body. Sophomore James Ruehmann has his mind set on unifying students through the respect and acceptance of various political opinions.

Ruehmann is currently in development of Creek Teenage Republicans (CTARs), which would be the only politically conservative club at Creek. Ruehmann explained that this club would challenge the left-leaning majority that has dominated the conversations at Creek. “We have freedom of speech, and I feel like a lot of students at this school feel unrepresented.”

“It is important that people know there is another side,” Ruehmann said. “It is the differing opinions that have made this country great…and the status quo makes things unproductive to the democracy of the United States.”

What is productive, according to Ruehmann, is starting discussions.

“[Political diversity] is basically a representation of all points of view,” said sophomore Kristen Konkoth, Vice President of HSDA. “Diversity is great because people can be well informed [and] know the issues better.”

Another goal of Ruehmann’s is to clear up the conservative image. In light of recent political figures, including former president Donald Trump, Ruehmann feels like the Republican Party and conservative beliefs have been radically stereotyped into something “crazy, outlandish, and stupid.”

“I hope that this club does allow others to understand what is a conservative mindset because I think it is misunderstood,” Spanish teacher Susan Mosby said. “There are assumptions made by people who are not conservative and who do not know what conservative values are. I just really hope [CTARs] does open up peoples’ minds.”

The uncertainty surrounding Ruehmann’s idea is whether it would help the student body or divide them. Ruehmann thinks that division itself is not necessarily the problem. “Division for the sake of division is evil,” he said. “As long as mutual respect is maintained, unity will be common.”

Konkoth agrees with Ruehmann: “we really won’t be there to fight each other,” she said, referring to both HSDA and CTARs. “We are both just offering Creek students a way to engage in politics.”

Many people feel that political clubs play an important role in encouraging discussion and the spread of beliefs among students. “[We] don’t avoid the discussion, we need to embrace it,” Mosby said. “We may not change each other’s minds, but we can always learn from each other.”