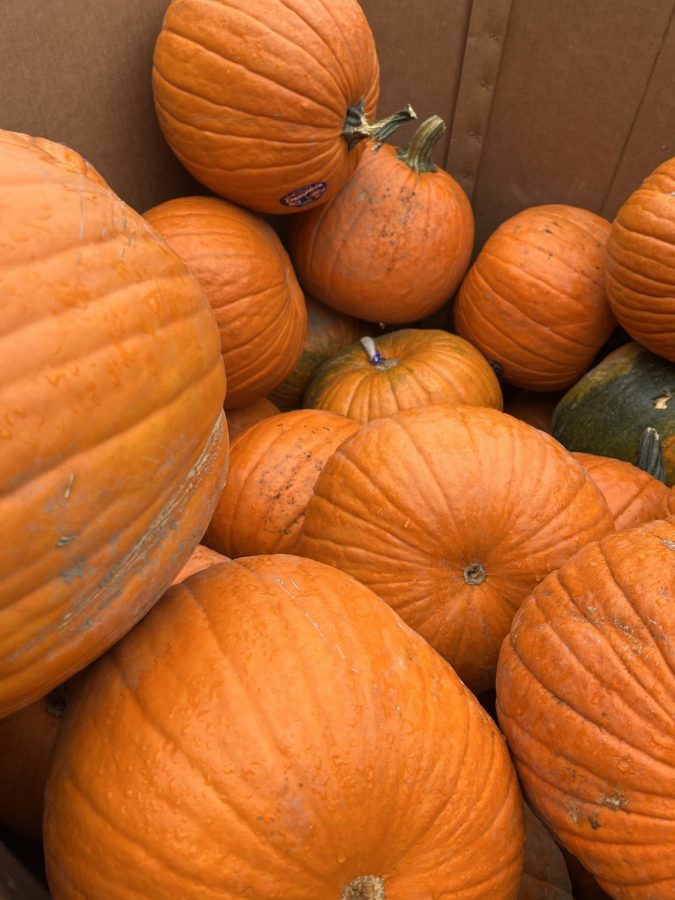 Pumpkins stack up at King Soopers ahead of Halloween. The spike of pumpkin sales increases the total amount of pumpkin waste which contributes to methane emissions. The increase in greenhouse gas emissions have already raised temperatures worldwide. Some have advocated creative ways to reuse leftover Halloween pumpkins in order to lessen pumpkin waste.

Thrown out Halloween pumpkins are threatening the environment on a global scale. Following the peak of Halloween spirit, many people have begun to get rid of their carved pumpkins and jack-o-lantern decorations. However, most of these pumpkins are thrown out and left to rot, causing problems for the climate.

The Atlantic recently estimated that over one billion pounds of pumpkin are left to rot in landfills each year in the United States.

The problem is that pumpkins, when left to rot in landfills, release methane gas into the atmosphere. Methane, the same gas released from motor vehicles and cow flatulence, accounts for 20% of global emissions, ranking it the second most abundant greenhouse gas after carbon dioxide. However, compared to carbon dioxide, methane is more than 25 times more effective at trapping heat in the atmosphere.

Furthermore, the current climate cycle further perpetuates the impacts of global warming. “Right now we’re in a natural period of warming,” said Berry. “Because we’re adding greenhouse gases to the atmosphere, [the earth] is potentially getting warmer than what we would expect it to be.” According to Berry, this would incite significant environmental changes, including the increase of droughts and forest fires, the extinction of many animal species, and the rising of sea levels.

The recent rise in human emission of greenhouse gases have shown to be strongly correlated with the rise in global temperatures. NASA reported that the global average temperature has risen 1.18℃ since 1880 and that 19 of the warmest years occurred in the 21st century.

In light of this, some have begun to reuse their pumpkins instead of throwing them away. “Don’t just throw [pumpkins] away,” sophomore Ben Ginsberg-Margo said. “You can roast pumpkins seeds, [bake] pumpkin bread, and make pumpkin pie.” Aside from cooking, others have found other renewable ways to use their Halloween pumpkins, including donating them to local farmers and making homemade pumpkin face masks.

Berry is among those who advocate for growing your own pumpkins. “You can always use the seeds and plant your own pumpkins,” she said. According to Berry, farmland that could be used to grow other food is often “taken and [used to] grow pumpkins, which can be food but oftentimes are not.”

From a larger perspective, the concern over pumpkins is only a part of a global issue. World leaders are currently meeting at the 2021 United Nations Climate Change Conference in Glasgow, Scotland, to discuss various means of preventing and decelerating the environmental impacts of humans. At the conference, the US has already agreed to a global partnership to cut emissions of methane by 2030, BBC reported.

However, the fight against climate change depends on actions on the local level. “Every effort that [we] can make as a community contributes to the global movement to combat climate change,” said sophomore Charlie Schneider. “[If] everyone contributes something small, then we can make a big difference.”